In late 2017, Delta and WestJet announced plans to form a joint venture for transborder flights. Well, almost three years later, the two airlines have withdrawn their application, just shortly after it was tentatively approved with some restrictions. What exactly happened?

Delta has long been focused on strategic equity investments and joint ventures. Historically Delta hasn’t been very strong in Canada, but that was supposed to change with this new WestJet joint venture.

With a joint venture, airlines can coordinate schedules and fares in eligible markets. The way I view joint ventures: In late October 2020, the US Department of Transport (DOT) finally tentatively approved the Delta and WestJet joint venture, but significant concessions were needed.

The ruling noted that if the joint venture were approved, Delta and WestJet would have 27% market share between the US and Canada, which still pales in comparison to the 45% market share that Air Canada and United have with their joint venture.

Even so, the DOT found that approving this joint venture without remedies would restrain competition, such that it wouldn’t be in the public interest. As a result, the DOT requested the following concessions for this to be approved: 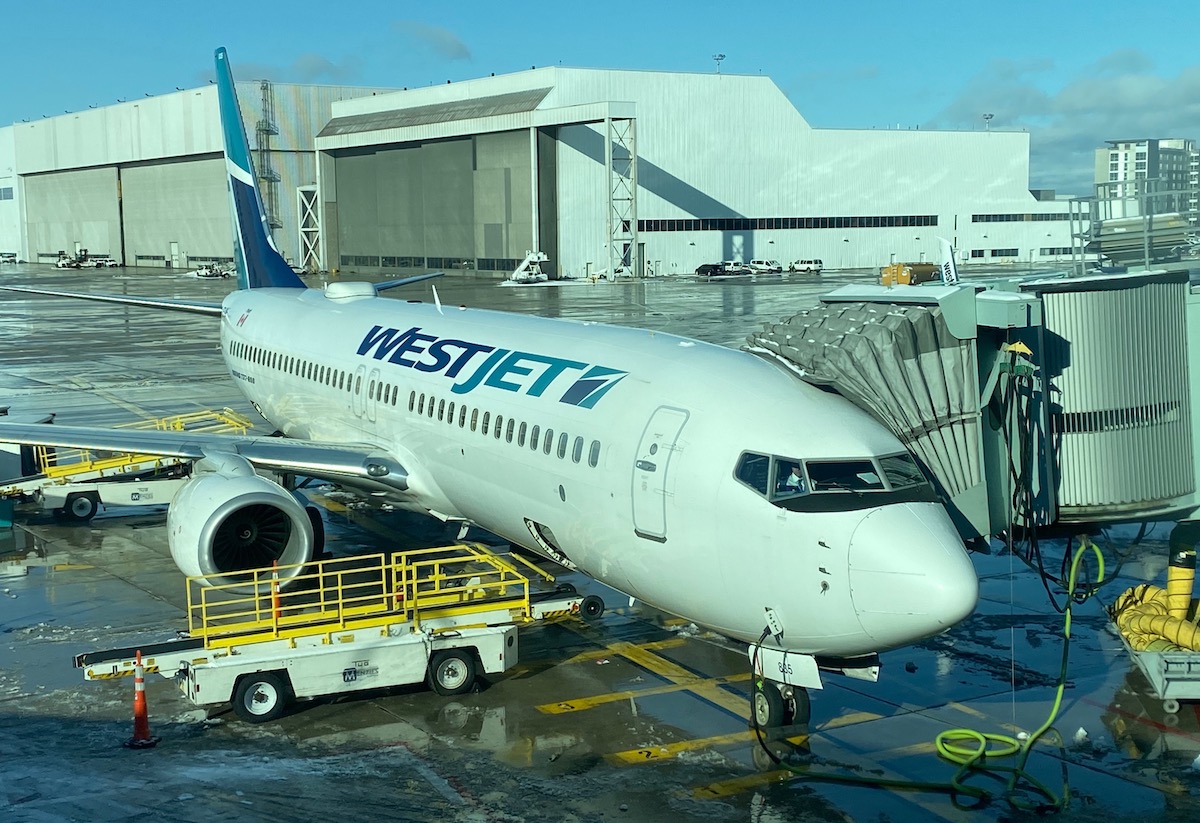 Even though the DOT tentatively approved the arrangement with restrictions, Delta and WestJet have decided to withdraw their application for the joint venture, as they’re not happy with the concessions requested.

The letter from Delta and WestJet refers to the DOT’s ruling as “arbitrary and capricious” on 15 occasions. As the explanation starts:

The Joint Applicants are deeply disappointed that after taking more than two years to reach a decision, and acknowledging that the proposed Joint Venture between Delta and WestJet (“JV”) would generate substantial benefits for the traveling public, the Department has issued a show cause order1 (“SCO” or “Show Cause Order”) which proposes to deny antitrust immunity (“ATI”) unless the Joint Applicants accept a set of conditions that are arbitrary and capricious, including slot divestitures that are unrelated to any alleged reduction in competition as a result of the JV.

The biggest objection here is with the requirement to give up WestJet’s entire portfolio of slots at LaGuardia, which is one of the most slot-restricted and coveted airports in the US. As the letter explains:

The most onerous of those conditions would require that WestJet divest 100% of its slot portfolio at LaGuardia Airport (“LGA”), or else require Delta to divest an equivalent set of eight slot pairs from its own LGA slot portfolio – despite the fact that LGA is an airport where Delta and WestJet do not even compete with each other. Contrary to every prior ATI proceeding in which the Department has required slot divestitures, the proposed divestitures in this case are not designed to address any potential reduction of competition arising as a result of the JV. In fact, the divested slots would almost certainly not even be used to compete with the JV. They would likely be redeployed by the recipient to use in domestic or other markets which are outside the JV scope. Moreover, the proposed divestitures would either result in reduced capacity on the New York-Toronto route where WestJet currently deploys those slots, or else harm the public interest by forcing Delta to reduce or eliminate service Delta currently offers from LGA to small and medium sized U.S. communities. Neither outcome is justifiable in the context of a pro-competitive pro-consumer ATI application.

On the surface you might be siding with Delta and WestJet here, given that they still wouldn’t have as much market share as Air Canada and United, and WestJet having to give up all LaGuardia slots seems aggressive.

However, there are a few things to keep in mind:

If you don’t consider the historical context, does it seem fair to add such significant restrictions to a joint venture when a competitor has so much market share? No, maybe not. However, when you consider that WestJet only had these slots because Delta was forced to give them up, then the DOT’s logic starts to make a lot more sense.

The Delta and WestJet joint venture won’t be happening, at least for now. The application was filed over two years ago, and was finally tentatively approved a few weeks ago, with some major concessions needed.

Delta and WestJet weren’t happy with these requests, especially the requirement to give up so many LaGuardia slots, and as a result they’ve withdrawn their application.

In general I’m opposed to joint ventures, since they’re the equivalent of eliminating a competitor in a market. At the same time, in the case of transborder flights, Air Canada and United have such a dominant lead that there might almost be value in having a strong competitor to go against them.

What do you make of the concessions the DOT required from Delta and WestJet, and the ultimate decision for the application to be withdrawn?